I want to provide a guide for your the whole Clan to help integrate Clan War Beginners so they can starting helping you win future Clan Wars. If you are an experienced clasher, please don’t stop reading here. First, if you are a very new to Clan Wars, you might want to check out the Clan Wars FAQ to learn how it works in theory. Keep in mind that 3 Stars from the lowest opponent base is worth as much as 3 Stars from the top player. If your weakest clan members can score down low, the others can use their attacks on higher ranked opponents. It’s very important to make them Clan War professionals as soon as possible.

Use Correct Base Layouts

When you start participating in Clan War, you’re probably TH5 or TH6, and you need a proper base. I’m not going to lie here, your base will get 3-Stared – but if the other clan needs more than 1 single attack for those 3 stars, you can score that as a win. Here are some solid ideas:

Show Clan War Beginners how your Clan handles the organization

First, it’s important to know how your clan picks bases to attack. Choose an opponent around your number, first come first served, etc. If a Clan War Beginner needs some advice, help them choose their target and help them scout.

Always remember that Clan War is a team effort and you have to work together. You will not only help the beginner, but also yourself when it comes down to which Clan wins the Clan War. If you’re the Clan War Beginner, just ask which target you should take the first few times until you understand the system.

Also, require them to ask for good troops to be used in their Clan War attacks. A Level 4 Dragon, for example, will boost their army much more than it would for a Town Hall 9 player. It’s normally better for them to ask (or ask yourself) for specific troops instead of just “War Troops”.

Now it comes down to the attack itself. Here are some things to keep in mind that are different in Clan Wars from the regular game (if you’re the leader and want to improve how your new Clan War participants perform, show them these rules):

In Clan War you will always face a filled Clan Castle – if you’re lucky, it’s not filled with the most powerful troops, but it will definitely be filled with something. When scouting the base you should click on the Clan Castle to see its radius and make a plan how you can pull the Clan Castle Troops and take them out. You should not start your main attack if they are still alive! Some Troops can completely wipe out your whole attack and there are no second tries in Clan War.

After you decided how you can pull out the Troops, think about how you can kill them (either with Lightning Spells or Archers). How do you know what’s in there? If you wait until others have attacked opponents bases around the one you’re going to attack, you can go back and watch the replays. If you see a Dragon coming out of that Clan Castle, it’s very likely that the base you’re going to attack will also have a Dragon, so don’t bring a Lightning Spell.

Don’t destroy the base and loose the 3rd star

In Clan War resources are created out of nowhere, so it’s good practice to place Gold or Elixir Storages in the four corners. Taking into consideration the time you lose killing all Clan Castle Troops and then complete your attack, you will need troops to destroy these corner buildings. If you have slow troops they might not get them all in time to get the full three stars. The easy solution is to bring some additional Archers in case you see corner buildings. Also, remember that Storages have a lot more hit points than Builder Huts you might have seen in regular attacks.

Watch out for Traps

Last but not least, take care of Traps! In Clan Wars, Traps are always loaded. Always try to make test-deployments before you send in your mass Giants or whatever. If a group of troops get into a Spring Trap it gets dirty for you quick which could lead to a failed attack. I call that testing the water and made some posts here on the technique.

I hope this will help improve your Clan War performance. Sometimes we all wear blinders when it comes to getting better. Wild techniques to cloak ourselves in front of the enemy, send spies, or change the layout in the last minute can help, but, in the end, we could have gotten 10 more stars by telling the Clan War Beginners how they can be successful in Clan War.

Strategy for Beginners Clash of Clans

Clash Of Clans strategy varies from collecting gems, defensive clan base, Townhall upgradation and various other factors which help in building best clans.

Coins are obtained from Brawl Boxes, Trophy milestones, and from the Shop for Gems and occasionally for free. They are used to either buy Daily Deals from the Shop or to upgrade Brawlers. Occasionally, Coins can also be used to buy Star Powers for Brawlers.

In Clash of Clans, Achievement are little missions that reward the Resource: Gem and Experience! 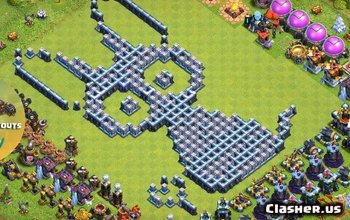 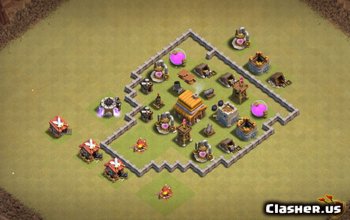 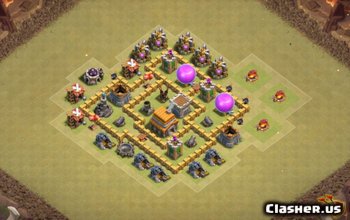 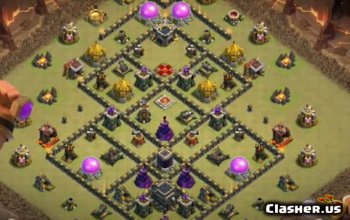 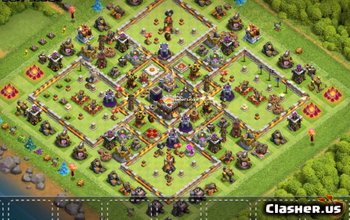