The Queen Walk is when you deploy your Archer Queen right at the beginning of your attack along with several Healers. This is done to clear off outside buildings to make a better funnel for your troops, pull and kill the Clan Castle Troops and maybe even kill a defending Hero.

Why Is Queen Walk So Efficient?

The Queen Walk is so efficient because it is cheap. If you take a look what the Queen Walk does – taking down Heroes, Clan Castle Troops and lots of buildings – it’s very cheap if you mind that you only invest some Healers and a Rage Spell!

Basically, she will help your kill squad go deeper into the base because she takes away a lot of trouble for them.

How To Do The Queen Walk

Doing the Queen Walk isn’t that complicated, you only have to focus on one single target – your Archer Queen must not die!

One positive aspect is, this is done at the beginning so only have to keep an eye on her health and support her by activating her ability and drop some Spells. Sounds easy? Not all the time. I want to show you some situations to watch out for and what you should do.

New! Since Healers can now be targeted by traps, especially the Seeking Air Mine can blow your attack. You know that the defender has them and that he will place them on the outside to get your Healers. You can prepare yourself by taking 2 spare Healers with you.

In case one healer goes down by an Seeking Air Mine, you should deploy one of your spare Healers right away.

Why not deploying all of them in the beginning? Simply because if your Healers won’t die during the Queen Walk (or run into an Air Defense), you have 2 Healers as backups for your main army without having them wasted.

Queen Walk Next To Air Defenses

Stay away from an area with an exposed Air Defense! The Air Defense might kill your Healers faster than the blink of an eye, and your Queen Walk has come to a sad ending. I don’t mean that you have to stay away from them, but you need to know which Air Defense will become dangerous.

This setup is ok; because the Archer Queen will hit the Air Defense straight forward while the Healers are behind her in a safe zone: 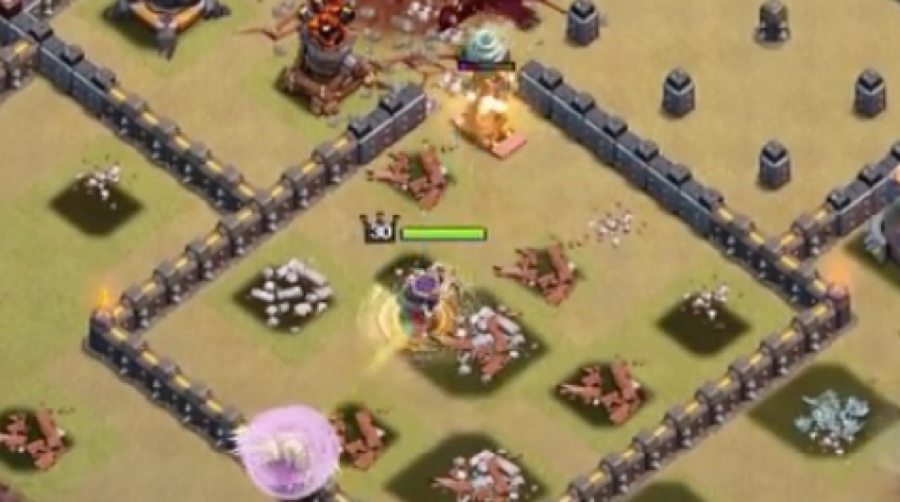 Do not let her walk next to an area on the outside where your Healers cross the range of an Air Defense. This will end your Queen Walk right away!

Especially on the outside you should be careful – your Queen can only shoot 4 tiles into the compartment, so if there is an Air Defense 4 tiles deep into the base it can target the Healers but can’t be addressed by the Archer Queen

If the Archer Queen performs her Queen Walk and a defense hit her hard, the Healers can regenerate her fully. The big problems are the X-Bows and the Hidden Teslas. They deal very constant damage and the DPS gets too high if more than one target the Archer Queen:

Now you need to react quickly! You have two possibilities:

Use a Rage Spell if these defenses are the next target of the Archer Queen Use a Freeze Spell for X-Bows in the middle Always keep in mind that 1 X-Bow isn’t the problem, only if a second X-Bow or a Hidden Tesla targets her as well! If the Archer Queen can take down one of them soon, the Rage Spell is the best choice.

Always drop the Spell in between the Queen and the Healers. This will give her some extra damage and the Healers will heal more. When the Archer Queen leaves the area of the Rage Spell, the Healers are still in it and will have the extra healing power.

• Healers now deploy traps. This will severely hurt your attack if you not lucky enough to avoid the traps on the beginning.

• Queen Walk is a very important strategy on this game and one of the best ways to make a “2-step” attack. This is not a complete attack, but a tactic that can be used with all formations, including all ground and air attacks.

• You have a few goals while doing it:

• Not hard to explain, but hard to make it right.

• Basically you release her with the Healers right behind and watch a big part of the enemy village being destroyed.

• To direct her to the important buildings, use Wall Breakers or Jump. Use Rage Spell to boost the Healers.

• You must be very careful and plan your attack ahead. What you must consider:

• Air Defenses: they will destroy the Healers very fast. Unless the Queen directly destroys the AD, your attack might be ruined.

• X-Bows/Infernos: even with 4 Healers your Queen will have a hard time against them.

• Eagle Artillery: don’t worry about it! The Queen + Healers don’t use enough army space to activate it.

• Clan Castle: watch for enemy troops. You can use the Queen to take CC Troops out and kill them, but this can be dangerous. Balloons, for example, make damage even destroyed. Lava will break and create Lava Pups, making the Queen lose a lot of time.

• King and Warden: should I use the other Heroes as well? Depends on your troop formation.

• On Air attacks, the Warden must be set to air, so it will not affect the Queen. Using the King can be a great idea as it will help to take down the Air Defenses.

• Ground Attacks: The Warden can be used with the Queen and when the full army is deployed, he will help the entire army. This is a great tactic. Just make sure to deploy the full army before the Warden is targeted by the defenses, especially the Eagle Artillery.

• Rage Spell works great on Healers. When the Queen is about to die you can Rage the Healers and they will boost the healing, giving the Queen some extra time to destroy the defenses.

• Before releasing the Rage, think about the path the Queen will follow, otherwise the Healers might leave the Rage area too fast and miss part of the boost.

• Remember, although it’s great to use the Rage on the Queen, the main focus here are the Healers. The healing rate is severely increased by the Rage!

• It all depends on the full army you are taking with you. If you have an air attack, you can use her to take 1 or even 2 Air Defenses out.

• If you are using a ground attack, you can clear the path to provide an easy funneling.

• On Town Hall 11, always think about the Eagle Artillery. Think about the position on the village and how many troops you can deploy before the activation.

• With this new defense, Supercell is pushing 2-step attacks and Queen Walk is a great way to do this. Do all the damage possible before the Eagle activation. More about this on the “Mastering the Eagle” article on the Strategy Guide.

• Very powerful strategy to prepare your actual attack, especially in Clan Wars where you have plenty of time to plan your attack.

• Also great with TH9 using GoHo of GoLaLoon attacks. This is one of the best strategies to get 3 stars on Clan Wars.

In this part, we will introduce some basic equipment and resources to you, so you will have a general idea of how to use them in a right way. 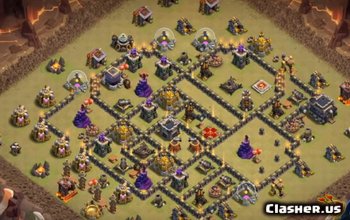 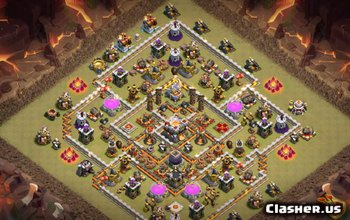 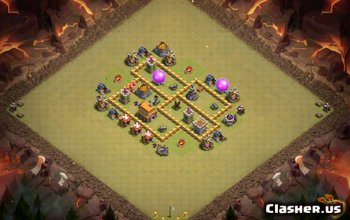 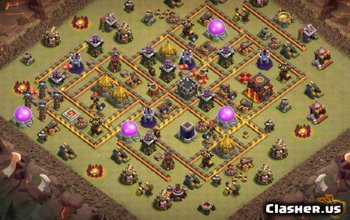 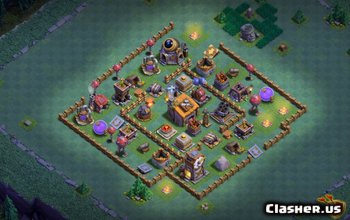