Thankfully, there are a variety of ways to earn gems without spending a dime, even if most of them aren’t the fastest. 14,000 gems will cost you $100 in real world money, so buying gems can add up quickly, but with our methods you’ll be saving that much and more.

A warning, however: your patience will be tested!

It’s a waste of a precious commodity, considering time still passes either way. The tutorial makes it seem like gems should be spent frivolously to increase production and train troops, but if you want to purchase the most important buildings in the game you’ll need to start saving right away.

You’ll be forced to spend 250 gems on a Builder’s Hut during the tutorial, but you’ll have 250 leftover by the end of the tutorial. In the early game, you can wait out production times fairly easily. As you progress, consider optimizing your time to build and remove as many items as possible, then set the game aside for awhile. Watching the clock tick down is boring, and staring at the screen will only tempt you to buy gems!

If you’re just starting out in Clash of Clans, you may have noticed that your village plot is littered with rocks, trees, stumps, and plants. It may be tempting to clear everything quickly so you have space for new buildings, but leaving some empty space is actually a useful strategy for earning more gems. Plants respawn when enough time has passed, and they can be farmed continuously for gems, so it’s definitely worth trying to grow as many as you can. Plants will regrow every eight hours. You’ll need empty space in your village, and the plant itself will only grow if there’s space between it and any objects around it. Make sure there are at least eight empty tiles surrounding a plant’s space.

Rocks do not respawn. Harvest rocks first to free up more land for your plants. Rocks require gold to be removed. Plants require elixir to be removed.

There’s a slim chance that instead of another plant reappearing, instead a Gem Box will spawn in its place. You’ll earn 25 gems for clearing the Gem Box like any other obstacle. Gem Boxes take at least one week to spawn, and they won’t spawn if you already have one sitting on your land, so make sure to clear any Gem Boxes as soon as possible.

If you’re expanding your plot of land to grow plants, you’ll likely plow through the “Nice and Tidy” achievement early on, which tasks you with removing 5, 50, and 500 obstacles to fetch a total of 35 gems.

Other achievements to shoot for early on: “Release the Beasts,” “Bigger Coffers,” and “Empire Builder.” Many of the achievements look daunting at first, but you’ll get most of them along the way if you keep playing.

6: THEN AIM FOR DIFFICULT ACHIEVEMENTS

Eventually you’ll want to complete harder achievements. Not only are they more satisfying to work towards, but the gem payout is much better than the easier achievements.

“Unbreakable” — Defend 1,000 attacks to earn 100 Gems. “Friend in Need” — You’ll need to repair the Clan Castle first, then donate 25,000 reinforcements to earn 250 Gems. “Sweet Victory!” — Win 1,250 trophies from competing in multiplayer battles to fetch 450 Gems. “War Hero” — Earn stars by competing in War Battles to complete this achievement. 1,000 stars are needed to earn 1,000 Gems. “Spoils of War” — Clan War bonuses reward gold. Collect 100,000,000 to complete this achievement and score 1,000 Gems. “League All-Star” — A true challenge, this achievement pits your clan against the world. Climb through the league and become Champion to win a whopping 2,000 Gems.

Throughout Clash of Clans you’ll be tempted left and right to spend your gems on various goodies. While you can buy time-saving in-game resources immediately, you should hold off. You’ll earn these resources gradually as you play the game.

You’ll also notice that Builder’s Huts require gems to purchase. It might seem logical to save your gems and use the two Builder’s Huts that you start the game with, but you should actually buy all the huts as quickly as possible. You can have a total of five Builder’s Huts. Each hut increases the amount of builder units you have, which in turn speeds up the production of other buildings.

It may seem like a waste of gems, but purchasing Builder’s Huts first will save you a lot of time in the long run

8: KEEP AN EYE ON SEASONAL EVENTS

It’s nothing out of the ordinary for multiplayer games to host events to keep the player-base engaged and to entice new players. Supercell hosts frequent in-game events for Clash of Clans that reward extra resources, XP multipliers, and sweet, sweet Gems. You can see what’s coming up by selecting the news center while playing.

If you’re really hankering for Gems then you might be interested in some light legwork to increase your haul. Android users can download the Google Opinion Rewards app, an official Google app that let’s you partake in various marketing surveys. You can earn up to $1 in Google Play Store credit by completing a survey. More surveys will appear over time and they add up pretty quickly, so in some ways you’ll be farming the surveys for credits. Once you have enough for a Gem package, open the Gem store in Clash of Clans and use your Google Play balance to buy Gems.

With patience and diligence, you’ll amass a hefty Gem fortune in no time, and all without needing to open your wallet!

How to Get Gems in Clash of Clans

Gems can be difficult to come by, as the developers want you to buy them from the cash store, but with a little planning you'll never need to spend it. 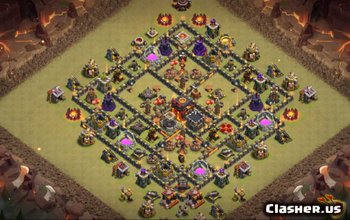 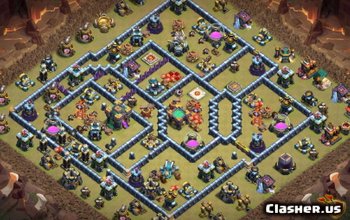 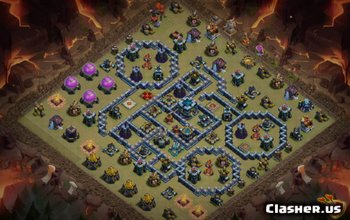 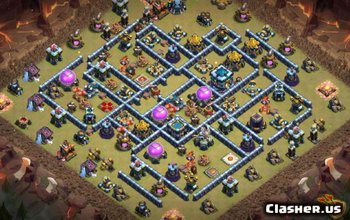 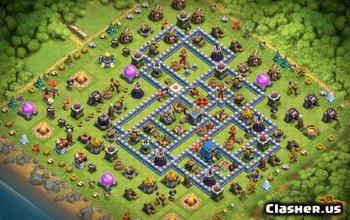