Clash of Clans is not just a matter of neat build his settlement and to defend but also to attack enemy villages. Who wants to play Clash of Clans effectively, should proceed with the proper attack tactics in the fight. How you do it the best way and how you better shall not make it, you will find here.

What troops should I take for a fight in Clash of Clans?

The troops selection is again left entirely to the players themselves. First, you should re-thinking do you need, resources or trophies?

When resources are needed you should have plenty of goblins and archers in the luggage. As these are usually stay outside in Clash of Clans, you do not necessarily need giants for the destruction of guns, air launchers etc., because you can not be detected directly by these. If not necessarily focused on the trophies, it is enough if you have these two variants of troops. Some barbarians be useful too, in the battle.

At the trophy hunting you rather aim the town hall, which usually stands at the center of the village at Clash of Clans. You should have giants and mostly a lot of wall breaker going into the battle for defense and wall destruction. Archers and barbarians can support the fight quietly in addition. For more tips on Attacks in Clash of Clans we have also advanced tips in the next chapter.

What should I know about the opponent search?

Now we want to give you some tips on how you should choose your opponents in Clash of Clans. When choosing opponents you should always pay attention how pronounced and built the enemy village is. Also you should test with an archer or barbarian, whether donated forces are represented in the enemy castle. Is the village of the enemy built with a better defense than your own, you should keep in mind that the battle in Clash of Clans might not achieve victory.

A further point of note: is the town hall outside of the base or in the middle?

If it is the other way around and the town hall of the opponent standing outside, his elixir and resources like gold must be important for him. He has his gold storage etc. in the middle of the base, so they are better protected against attacks. In this village variant of Clash of Clans you quickly earn trophies and is therefore worth considering for a trophy hunt.

Strategies for attacks in Clash of Clans for beginners

Strategies for attacks in Clash of Clans stagger always in level and also in trophy number. If you still fairly stay at the beginning, these tactics are should bring you a step forward. How do you attack your enemy village as a beginner in the best way, I present to you here a few advisable beginner strategies.

If you not win a fight in Clash of Clans by completing 100%, perhaps of a to good base defense or because of your not well thought selection of forces you may lose a fight. This is not so bad, you only lose in this incident unfortunately trophies. These are sometimes more and sometimes less.

If you do not care about your trophies for the moment and you need only raw resources, you can also at satisfactory extraction of raw resources cancel a fight at Clash of Clans, although he is still running. In this process, the fight is considered to be “lost”, and you’ll get the trophy number deducted that appears at the beginning of the fight. You can see this in the upper left corner, where your resource number for the fight can be seen:

Attack strategy for intermediate and advanced

As advanced or professional one who has already dealt with Clash of Clans for a long time and know a little better what you should mainly note in an attack on an enemy village. Therefore we go again on a Clash of Clans Strategies and Tips for advanced.

What should I consider as Intermediate in the opponent selection?

On the opponent selection generally every Clash of Clans Players should pay attention to whether beginner or expert.

If you do not look close enough at the base of the opponent, it is possible that you will lose the battle against the enemy. You should also consider if the opponents in Clash of Clans start a revenge attack, if your base will hold this.

Also you should keep an eye on it to throw that the base is not so pronounced that it already seems like it is losing the battle against this village. A base should also comply with your troops level in Clash of Clans.

Advanced strategies for attacks in Clash of Clans

There are countless strategies to attack in Clash of Clans, as already mentioned at the beginners. Each player individually handels his attack tactics. You have to try different strategies for you to decide what seems most useful for you and whats you best way to handle a fight. That you can decide a fight for you, I present you now two useful and advisable attack tactics & strategies. These are in particular for advanced in Clash of Clans that already have troops on high level and dark elixir. The following strategies we have in store for you in Clash of Clans:

Troops design in Clash of Clans

As an advanced player you should also make thoughts about the proper and good troop design in Clash of Clans. Attacking much stronger villages is hard, so level up your troops. The reason behind that it, that the troops do more damage to a village. For a fight you do not have time forever, so you should take care, that you progress fairly quickly with the troops. You can level up and improve the troops in the laboratory, like everything else that can be improved.

In the Clash of Clans Laboratory, your troops in can be improved

All Posts
6 months ago

In this attack strategy you will only use archers! This attack is great for a fast and effective farming strategy. 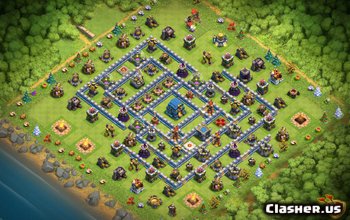 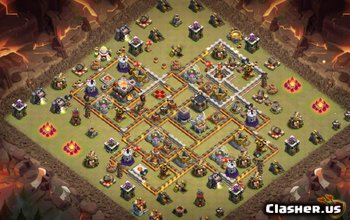 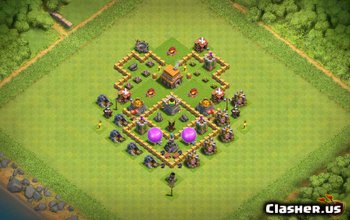 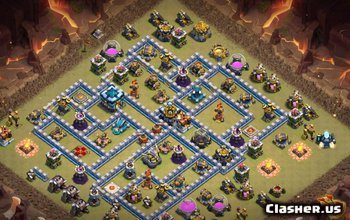 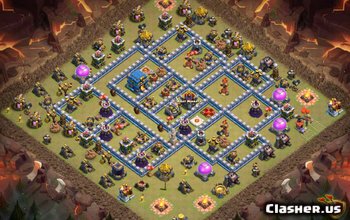