The Best BH9 Base Layout – Builder Base 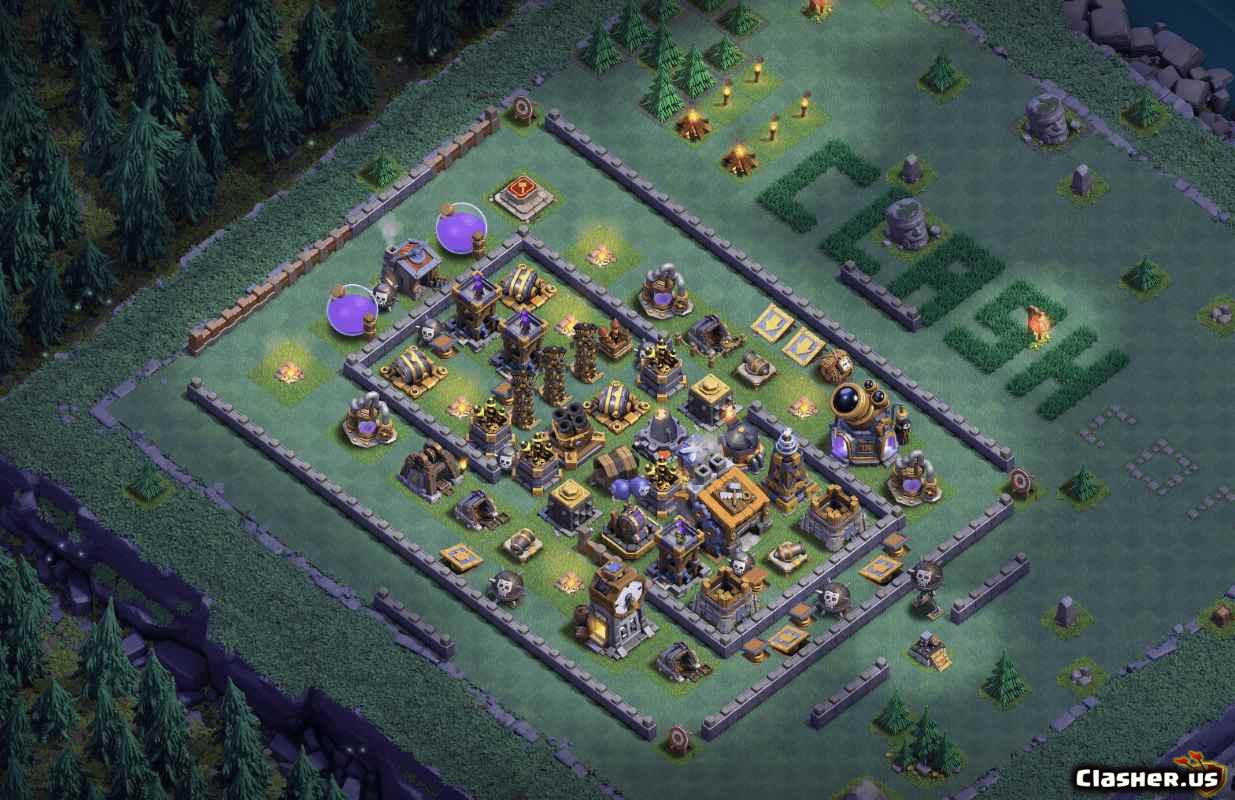 Here you will find my review of this design as well as my experiences from many Versus Battles that I have played with it and I will show you how it performs against various attacks at 5,000 Trophies.

The base itself is an adaption of the pretty popular setup that has been around at BH8 in the past months. The thing is, Builder Hall 9 is so fresh there will be more layout pattern evolve in the coming months but this one is strong because the Lava Launcher will make the only weakness, the bottom area attacked by ground, a lot stronger so ground troops will have problems attacking.

I can prove you with my recent battle log, showing that only one attacker really caught a 2-Star against this base layout and the other failed pathetically at the 5,000 trophy range (see the image).

This base has the stretched core layout and the basic idea behind this is that attacker can only attack from the bottom if they want to get the 2-Star – it’s impossible to go through the top side and take out all defenses and have enough troops left to get the Builder Hall.

Also taking a shortcut entry from the sides is a bad idea because troops won’t funnel into the core and go to the sides as well the Crusher will get really expensive for ground attacks.

Attacking from the bottom side is also a thing that requires skill because the attacker is forced to get through the multiple wall layers, otherwise, Giants and Battle Machine will walk the direct walk through the Crusher at the sides and find a fast end.

At Builder Hall 8 this base was already popular and if you know how to treat it, it’s a secure 2-Star… but at Builder Hall 9 the Lava Launcher will add some spice to the meal and give ground attacks from the bottom an unpleasant time 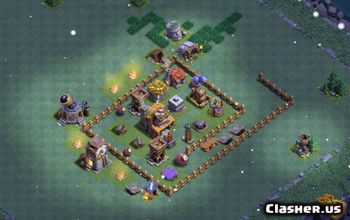 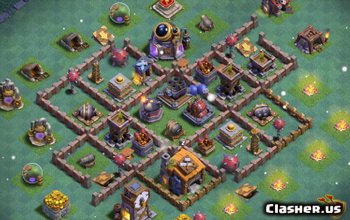 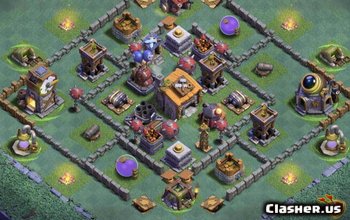 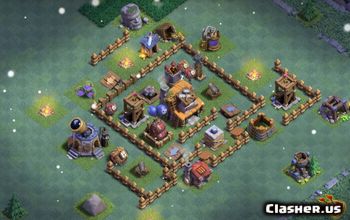 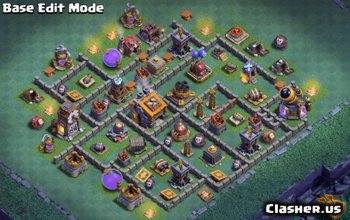 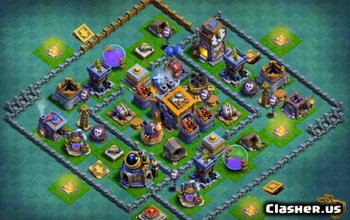 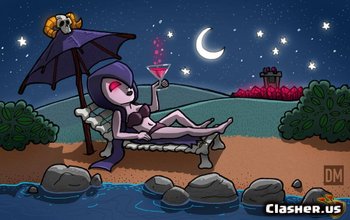 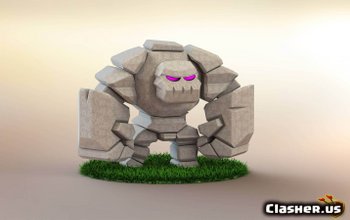 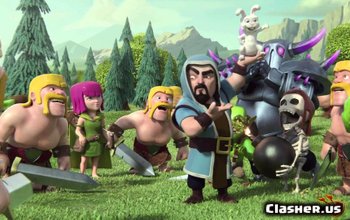 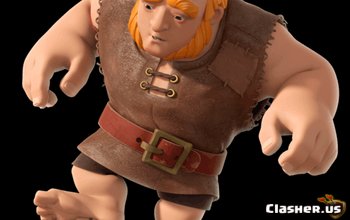 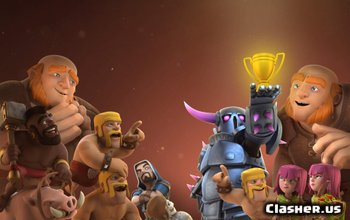 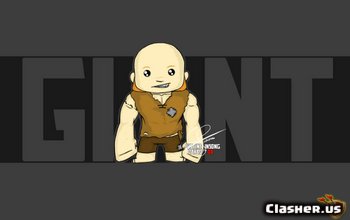 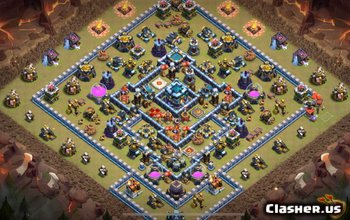 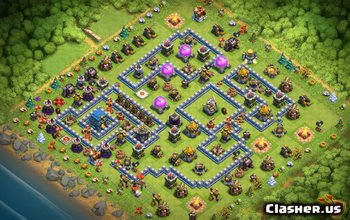 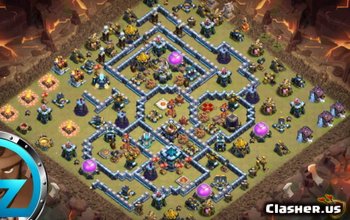 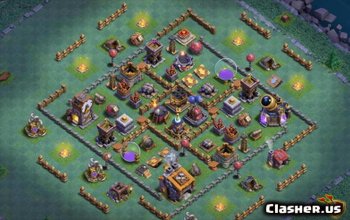 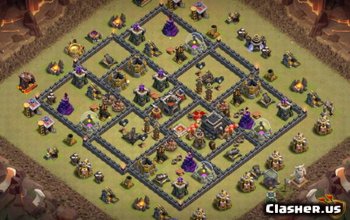