Clan Wars is a new feature of Clash of Clans. The feature allows clans to declare war on other clans. Once a war is declared and accepted, the clans will battle to see which clan is the better clan.

How does it work?

The mechanics of clan wars are actually very simple. All clan war functions are available through tapping the new clan war icon on the left side of your clash screen. If you are a leader or co-leader of your clan, use this icon to search for a clan to go to war with. If you are an elder or member of your clan and you wish to go to war, get on the clan chat and tell your clan leadership you want to fight another clan in a clan war. Once your clan leadership starts a search for a clan to go to war with, the system will perform a search for a clan. The clan member matchup must be even and the system rounds down. So, for example if you have 37 members in your clan, the system will match a 35 vs. 35 clan and your bottom 2 members will be left out of the war. If a member gets kicked out of a clan during the clan war, there is a cool-down period that must expire before that player can participate in another clan war. Be patient because the clan war matching system can take up to one hour to match your clan. Once the system matches you with a warring clan (this is based on membership, town hall level comparison, level of troops, base level), all clan members can tap their clan war icon and see the war map.

Participating in clan wars will not break your protective shield.

Participating in clan wars will not affect your trophy count.

The clan war is a two day process. The first day is preparation day. On this day your main objectives should be to fill everyone’s war castles with defensive troops and coordinate with your clan members to strategize who will attack who.

Taping your town hall on the war map will allow you to request defensive troops to defend your base in the event of an attack during the clan war. This is your first objective. Fill your clanmates up with good troops for defense. This is the primary task of preparation day. By tapping the request button, you can change your request message to request specific troops from your clanmates.

Now its time to scout the enemy to see who you can defeat. Go to the enemy map. The system will match you with a “recommended target” of someone who is an even level with you. This is your second objective of preparation day, decide who you will attack. You do not have to attack your recommended target. This is where strategy comes in. Important note:

Use the scout button to view the base of the enemy clan member. Once you tap the scout button, you will be taken to the enemy’s base. One of the new features within clan wars is that you will not be able to sneak a peek within your enemy opponent’s clan castle to see what troops are in there. The troops are blocked out. It will be a surprise as to what defensive troops your enemy will have. Plan accordingly!

You can scan through the enemy bases using the orange arrows at the bottom of the clash screen. View all the enemy bases and decide which one you are going to attack. The countdown on the war map will show you how much planning time is remaining for your clan on preparation day before the battle begins. To return to the war map, tap the war map icon. Plan well, battle day is coming.

After the preparation day time expires, you have reached the second day of the war, battle day. Now you will put your awesome attack strategy in place. On battle day you will still need to train an attack army within your barracks. Now go to the war map and view the enemy. Tap the town hall of either your recommended target, or your planned target.

With each battle you win, your clan will accrue a war loot bonus. The winner of the clan war receives this loot bonus! Your goal is to attack your enemy target and try to win all three stars.

Only the best attacks count. What this means is that if one of your clanmates only defeated a base at 30% and received one star, if you think you can defeat the base at 100% or even destroy the town hall plush 50%--a two star attack—you should attack again. The reason is that only the best attacks count and the clan war winner is determined by the clan with the most stars at the end of battle day.

Tapping the blue star will take you to the war events tab. This will show all attack/defend events during the war. You will also be able to replay each attack/defense to evaluate how you and your clanmates are doing during this epic war. The sword icon means that was the attacker. The shield icon means that was the defender. The war events tab also shows the amount of stars that was won or lost.

A running total of all the stars won is available at the top of the war map screen. You can see how the war is going here and which clan is winning more stars. Eventually, the clan who wins the most stars will win this clan war chief. You can also view your personal stats by tapping your town hall.

When the war ends, you will get a summary screen that reviews the details of the war. This war will also be placed within your clan’s war log available at any time in the clan window.

At the end of the war, you are given the choice to start another war or go back to the war map. The best clans evaluate how the war progressed and learn how to produce better and better strategies for subsequent wars.

In this article, I will provide a total of eight (8)clash of clans tips to make sure that the next time you are on the battlefield; you will be in a position to take out your enemies quickly and create a fortress of fortune. 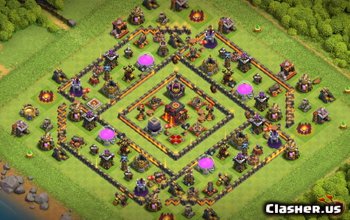 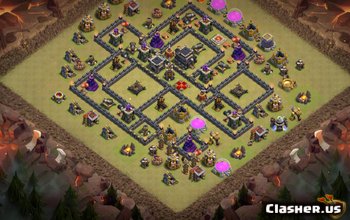 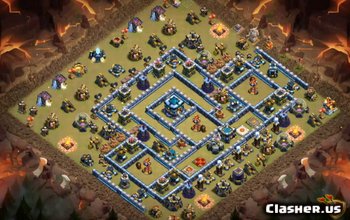 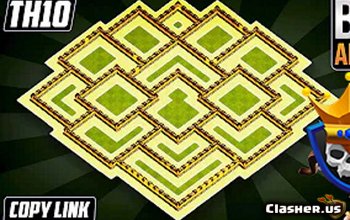 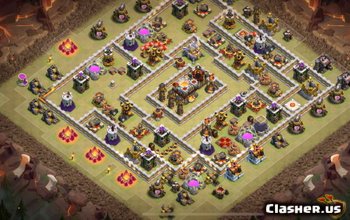