Clash of Clans is a free MMO strategy iOS and Android video game developed by Supercell, the same company that made Boom Beach and Hay Day.

Dominating Apple's App Store since being released in 2012, this online multiplayer video game is the #1 highest-grossing app, earning as much as 5.5 million per day.

A simple video game in principle, learning to play Clash of Clans is often difficult for beginners. Starting players need to learn the basics of raising an army, before leading their clan to victory against rivals, and becoming a champion.

This Clash of Clans beginners game guide gives new players the basics they need to enter battle with an advantage over other new competitors. It will also help you surprise veteran players assuming another easy victory over a beginner.

Using this guide you'll have ideas on how to develop a Clash of Clans war strategy that will intimidate and give you a leg up over the competition. Concepts the first time player needs to build on to become a feared competitor in Clash of Clans "Champions League" and legend of the game.

In future articles, we'll talk about advanced Clash of Clans war strategy and concepts designed to turn the average player into a gamer feared on the battlefield.

Clash of Clans is a free-to-play video game, but you can pay to buy gems to use to upgrade your base quicker. You don't need to pay, however, to win and upgrade your base-of-operations to completion.

You'll need to break the piggy bank to pay for a completely upgraded base. According to estimates by Clash of Clans veterans, with totally upgraded bases, it would cost you around $12,000 to upgrade to completion.

Spend no money to play Clash of Clans at first. You can always buy gems, once you decide this is the video game you love-to-play.

Starting Clash of Clans - day one

When you first start playing Clash of Clans they offer a tutorial to help introduce you to aspects of the video game. The tutorial is useful, but you don't need to spend the resources it recommends to speed up construction, or an army of wizards to defeat the goblins.

Wait for construction to finish on its own and the base to accumulate resources. Also, place two wizards next to the cannon, and you'll be fine. Wizards are powerful, but need support because they don't take much damage.

During the first three days of playing, your base is safe, unless you attack another player. This protection is a Shield.

After this period, the Shield continues if a player's base is successfully raided, or they buy another one with gems. The length of time a Shield is effective depends on the amount of damage done during the raid and the buildings attacked.

Don't worry about getting ready to attack. Spend this time building up defenses and resource buildings. Get set up and ready to defend the first attack.

Upgrade Elixir Collectors and Gold mines as soon as possible and then storage facilities for both resources. Now, upgrade your Town Hall for defense.

Once you have Town Hall Level 4, your defense strategy is to construct air defenses, and then upgrade Mortar, Archer Tower, and Cannon.

Don't build second resource storage facilities until after the first seven days. After this, construct as many as possible to maximize storage capacity.

We will talk about more advanced defensive strategies you can use to dominate top players in future Clash of Clans articles.

Once the first three days are over and the defenses of your main encampment setup, you can begin thinking about conducting offensive operations. You need to develop a Clash of Clans war strategy.

You also need to find elixir and gold and earn trophies on the battlefield to continue the fight and win.

Gold and elixir are used to upgrade the buildings and other facilities required to win in Clash of Clans. Trophies are the measurement system used to decide who is the best.

At this point, we suggest the beginning player build a simple army, which will be easier to control.

Barbarians are a good choice for a first Clash of Clans army. This force will destroy a base without a good defensive setup.

As tier 1 troops, barbarians have relatively low hit points and don't do much damage, but they'll do the job. They swarm the enemy and overwhelm the defenses.

Tips on Picking Which Base to Attack

Clash of Clans is a fast-paced video game, with intense action and combat, combined with a fun attitude. Once you build your barbarian army you need to find the right base to attack.

Once you send the first army to raid the enemy, begin training troops in the barracks. They will be ready by the time the raid is over.

Take your time selecting the first base to raid. During the first part of Clash of Clans many gamers will start and then leave the game. This gives you time to find a badly defended base to raid for your first attack that you can 3-star for trophies.

Generally, players with under 500 trophies can worry less about being attacked. Once you gain enough, attacks become more frequent.

A larger number of trophies also means a tougher opponent is selected during the matchmaking process.

Look for a base with badly place walls or an exposed Town Hall or mortar to attack. Also, try to find a base with good resources and trophies you can exploit to continue the momentum you build. Winning the first raid decisively will put you on the leaderboard and give you confidence to win.

This is a video game offering gamers the ability to create unique and complex Clash of Clans war strategies… but we suggest new players keep it simple. Below we outline a simple starting strategy using barbarians to defeat the enemy base.

Once you place units you don't control them anymore, so place them near the target. Each unit also has one unit it prefers to attack, but often it will attack the nearest enemy.

Once the battle is over, you don't get units back, so only use the units you think you need to win.

We'll talk about more complicated Clash of Clans war strategies you can use to dominate top players in future articles.

You are ready to rock!

Use the Clash of Clans beginners guide we outline to learn the basics required to compete and win. Using the information offered you can lay the foundation towards being a member of the "Champions League."

All PostsClash of Clans guides
a year ago 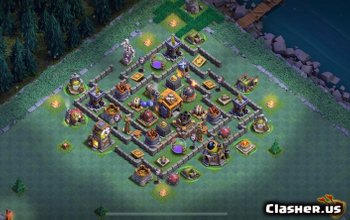 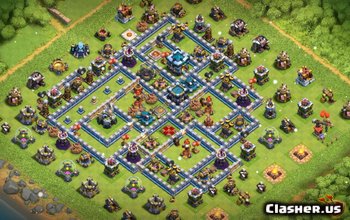 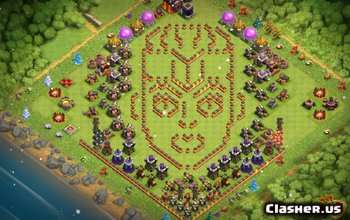 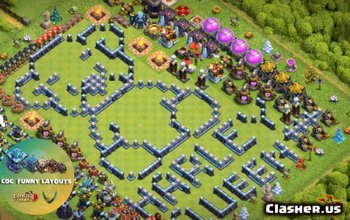